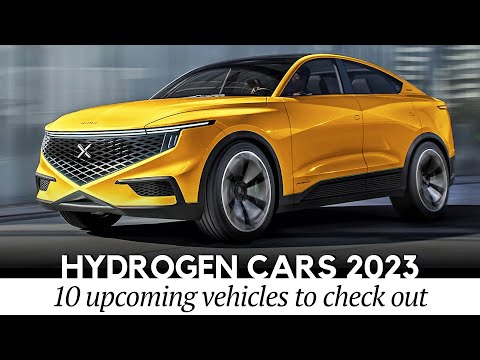 Scarcity of rare earth minerals indicates that battery electric automobiles will not be able to fully satisfy our future transportation needs. Therefore, we are constantly reminded that at least partially the segment of zero emission vehicles must be occupied with hydrogen powered models. In this episode we continue exploring the segment of fuel cell technology and will demonstrate to you the latest advancements in the field.

Other #AutomotiveTerritory videos that you should see:

Compact electric SUVs you just have to see: https://www.youtube.com/watch?v=_uS_BgmsxAU

Detailed review of all vehicles from this #ATelectriccars video:

Targeting the European market customers, the H2X Warrego will start manufacturing in Australia in 2023.

After a rapid rise in California, the automotive startup Hyperion Motors have moved operations to Columbus, Ohio. There, the world’s most powerful hydrogen hypercar Hyperion XP-1 is scheduled to go into production in 2023.

The specs of the Toyota GR Yaris H2 are supposed to be more or less identical to the standard GR with a 1.6-litre turbo three-cylinder, but due to the more intense hydrogen detonations it got a strengthened block and a modified injection system.

Renault Scenic Vision is a crossover concept that presents the design of the next generation Scenic, but also envisions the future of the brand’s hybrid fuel-cell powertrain technology.

Riversimple Rasa is reaching final stages of development as a carbon fiber city car powered by a fuel cell and a system of ultracapacitors.

Weighing a bit over 3300 pounds, the foul-wheel drive Forze IX features two fuel cell systems that deliver continuous 326 horsepower, while in the boost mode the output raises to over 800 horses.

The key role in BMW’s development of the fuel cell technology will be played by the Munich high-competence center for hydrogen, who will produce the BMW iX5 Hydrogen.

The NamX SUV is a hydrogen model developed by the French startup. They have recently patented a fuel cell powertrain with a fixed tank and six removable units for the total range of 500 miles.

Alpine A4810 is a design study by EDI and Alpine that explores the idea of a hydrogen-powered supercar with F1 bodywork in carbon fiber.