EV charging in Canberra, Australia is not great! 👎 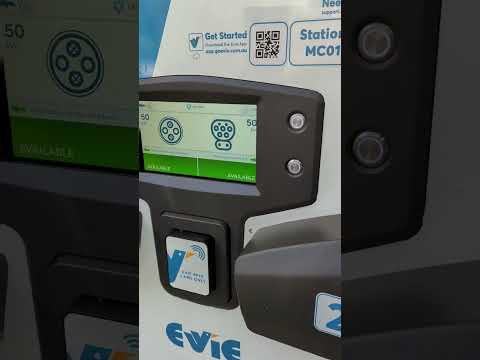 There’s currently 3 50kW chargers around central Canberra, Australia and one is set to go offline soon for light rail construction (it will be relocated though). at the time of filming, this site at Hotel Realm only had one charger outputting 50kW, while the other was throttled to 25kW. That’s pretty poor for a city of 400k – Canberra is a major hub for those regionally who might travel for shopping or medical appointments, and attracting tourists and customers is contingent on good infrastructure.

I always make sure to charge to 100% when leaving Sydney, 300km away to allow for a buffer to avoid having to charge straight away. For Tesla owners, there is a Supercharger near Canberra Airport, and an additional 50kW Tritium unit.

RFID cards are super handy if your phone doesn’t have coverage to access your charging app. did you know you can use one card across multiple charging apps?