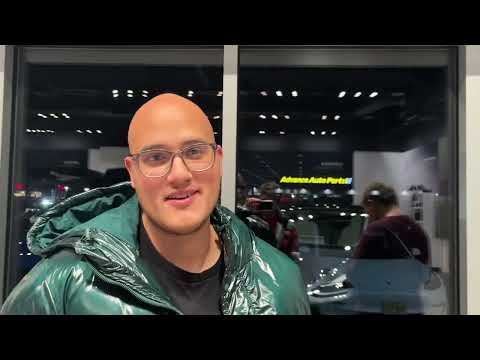 Video by The Electric Torque Channel via YouTube
Source

While my Model X was being serviced, I was given a Model Y as a loaner.

Days before this video, I was shopping for Christmas presents, I used a Tesla Pro Tip of hiding the presents in the frunk, since I had to pick up the kids from school and putting the toys in the truck would be too risky! 🎅

Thing is, I forgot about the gifts! And ended up returning the Model Y loaner and forgetting the presents in the Frunk!!! 🤦‍♂️

I returned the loaner in the afternoon and picked up my Model X, but Tesla never charged my car so I got home with 20% battery 🪫 Also, there were still some items that were not fixed 🤦‍♂️

That same night, while watching Home Alone, I randomly remembered that I never grabbed the gifts from the frunk! And with 40 minutes left before Tesla closed, I raced down and got there with 5 minutes to spare!! And with only 9% battery 🪫

I got to Tesla and found out that the Model Y was already loaned out! But the Tesla service advisors were super generous! They contacted the person, coordinated a Meetup location for me and supercharger my car so that I can save Christmas!! 🎄

All in all, I thank the service advisors and the person that met up with me! Because of them CHRISTMAS WAS NOT CANCELED!! 🎅 🎄