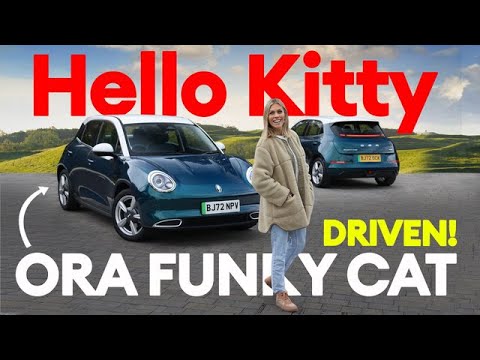 It may be saddled with one of the oddest names ever to grace a bootlid, but the new Ora Funky Cat is anything but a novelty act. While the name Ora will be new to most UK car buyers, it’s far from an unknown in its native China, where its parent company Great Wall Motors is one of the biggest manufacturers in the business.

Ora is an all-electric spin-off brand and is a 50:50 joint venture with BMW, and some big bits of the Funky Cat will be shared with the next generation MINI Electric. They will be built in the same factory too.

This electric hatchback is the first in a new range which will be sold under the Ora brand, all with cat names. In China – where the Funky Cat is just called the Good Cat – Ora also sells the Punk Cat, Black Cat and White Cat. There’s a four-door saloon called the Lightning Cat coming soon to the UK.

Its introduction to the UK has been a little bumpy to say the least. First announced a year ago, it was touted as a cheap alternative to the competition at the time. However, delays, price increases, the removal of the Government grant and the arrival of the game-changing MG4 have dented the Ora Cat’s initial appeal.

So is is still worth considering? Join Nicki as she puts one of the first UK-specification cars through its paces.