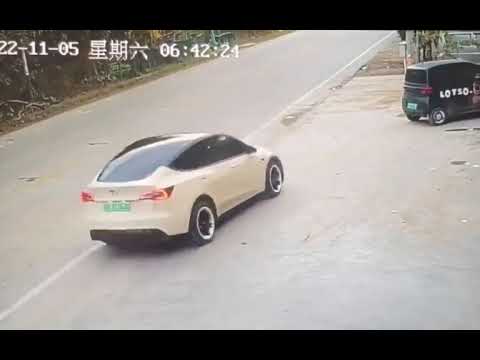 Video by Electric Vehicle Info via YouTube
Go to Source

A video of a speeding Tesla Model Y car crashing into other vehicles in China has been widely shared on social media, with the US automaker saying it will help police find out how it happened.

The incident happened on November 5 in the southern province of Guangdong, Jimu News reported, and resulted in the deaths of a motorcyclist and a high school girl.