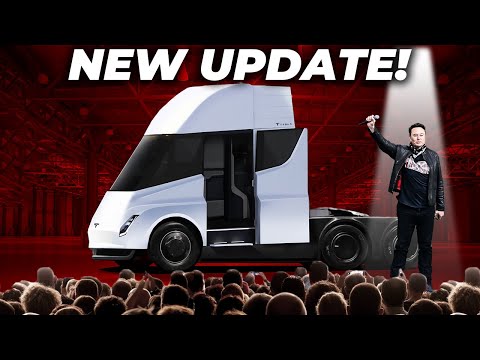 The Tesla Semi is, without a shadow of a doubt, one of the most successful things that Tesla has ever developed. It is undoubtedly on par compared to the idea of an autonomous Robo Taxi. These innovations can bring about significant shifts in how we move people and things worldwide.

In its current state, our nation’s transportation infrastructure is, at best, ineffective and, at worst, lethal. Furthermore, it is a never-ending source of toxic pollution, which is terrible for both people and the planet. Therefore, we need to work on fixing that. And the solution won’t come in the form of a single product or business; rather, there needs to be a shift in the system as a whole in order to solve the problem. On the other hand, if we had at least one fully autonomous heavy-duty transport truck operating on public roads, that would be an excellent place to begin.

With their FSD beta release program, Tesla is developing the software for their autonomous vehicles in a manner that is pretty accessible to the public. This is happening on the software side of things. However, on the hardware side, the progression of the Tesla Semi and its critical charging infrastructure is a little more under the radar. It might go unnoticed by the majority of people.

As such, we’ll spend some time today reporting on the most recent information regarding the Tesla Semi. How it will be rolled out, how it will manage to charge, and how the Tesla Semi fits into an industry that is constantly changing in terms of transporting cargo. So let’s get going.

When discussing the Semi, it is difficult to avoid mentioning that this is now the product that has been delayed the furthest out of all of Tesla’s many delayed offerings. Unveiled in 2017, there was too much excitement surrounding it at the time. These were scheduled to go into production in 2019 but were delayed. Now, obviously, they did not, and we don’t want to linger too much on that fact because it’s good that Tesla did not deliver this product in 2019, which is why we don’t want to discuss further the fact that they didn’t. After all, it would’ve been a terrible experience overall. A decade of development time would have been lost as a result of the idea of an electric transport vehicle.

Trucking is a very well-established and essential sector; as a result, if you want to launch a very disruptive product into this market, you must either do it perfectly or not at all. If you want to disrupt the trucking industry, you must do it correctly or not. In 2019, Tesla did not have the technological advancement to meet the initial promise of the Semi. In other words, the promise was never going to be kept. As a direct consequence, they could not fulfill that pledge.

It is beyond my ability to comprehend how anyone working for that company could have seriously believed they would be successful. Even now, three years later, Tesla is only just beginning to approach the point where they are prepared to make this thing a reality. I suppose the true intention behind that was to generate early interest and secure some high-profile pre-orders, both of which Elon successfully accomplished thanks to his persuasive sales pitch.

Inspired by The 2022 Tesla Semi Update Is Here!

Inspired by The Tesla Semi Is Officially Here!

Inspired by The 2022 Tesla Semi Truck Update is HERE!

Inspired by Something BIG is Happening at Tesla

✅ WHY Tesla Cybertruck Is Genius