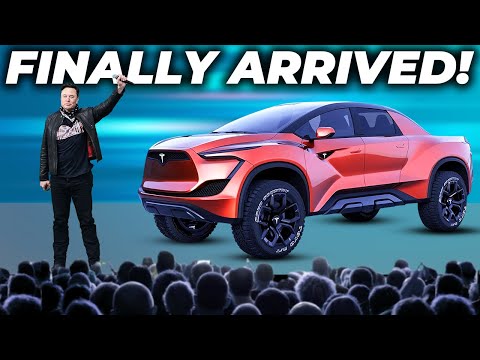 To this day, the market for electric pickup trucks is still a relatively undeveloped sector, and Tesla is eager to increase its market share. However, after the company’s electric pickup truck, the cyber truck suffered a lot of delays. However, the anxious consumers who have placed pre-orders will soon be able to rejoice because the cyber truck is finally going to happen. The Tesla Cybertruck has the potential to compete with all of the most popular pickup trucks on the market, despite the fact that it appears to have been dropped off by an extraterrestrial race.

The all-electric vehicle produced by Tesla is exceptionally durable thanks to its sharp-edged bodywork that is composed of stainless steel, which is resistant to scratching and denting. The Cybertruck is capable of towing up to 14,000 pounds and has an estimated operating range of more than 500 miles. Additionally, all-wheel drive is an option for this vehicle. Although this is only true for the most costly model, the price of the least expensive one begins at $39,900. Naturally, there is still a great deal that we do not know about the Cybertruck, including the exact day on which it will be made available for purchase.

In this video, we will show you what to anticipate from the Tesla Cyber Truck when it eventually arrives in 2023 as well as what to expect from it. Pickup trucks serve as the primary mode of transportation for many homes and small businesses. They are able to move both people and goods quickly and safely. And it is simple to understand why they are so well-liked because they appeal to those passionate about trucks but concerned about their impact on the environment when they drive.

The pickup truck is one of the most popular body styles in the United States, and Tesla has decided to expand its inventory to include this vehicle type. The Cybertruck provides the corporation with a product that has the potential to be a great seller, considering the popularity of trucks in this country. It has incredibly impressive stats for both an electric vehicle and a pickup.

In the next couple of years, Chevy plans to release an electric version of the Silverado, and Ram claims that it will have an electric truck with a bed on the market by 2024. There will be three distinct configurations of the Cybertruck available to purchase, and they will all be differentiated by the number of electric motors that they include. Even though all-wheel drive comes standard on all models, saves for the one with a single engine, adding more motors results in improved acceleration, a more extended driving range, and a higher towing capability.

Inspired by HUGE NEWS! A New BREAKTHROUGH Update About The Tesla Cybertruck Has Been LEAKED!

Inspired by IT HAPPENED! The Cybertruck 2022 Is FINALLY Here!

Inspired by The 2022 Cybertruck Update We Didn’t Expect..

Inspired by The 2022 Cybertruck Update Is Here!

Inspired by Tesla Cybertruck CONFIRMED For 2023!