What’s it like living with an electric car in winter? 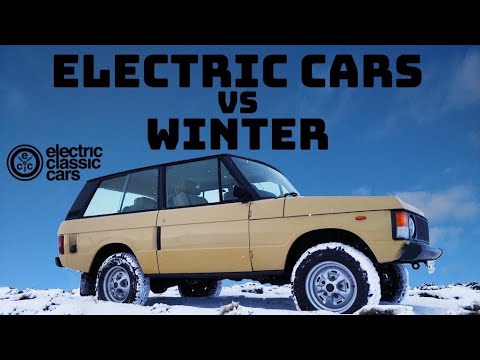 Video by Electric Classic Cars via YouTube
Go to Source

In this episode we talk about the advantages and disadvantages of owning and driving an electric car in the winter. Having owned an electric car for 7 years now, we’ve been through 7 Welsh winters now so have some real world experience of what it’s like to live with an electric car when the temperatures drop below freezing.

I mentioned a few other videos which are also a good watch on the same subject, so here they are:

This is a good fair test by What Car magazine which compared a number of cars under the same test conditions in the summer time and the winter time.

Here’s a good one from Engineering Explained where he compares the same 2000 journey he did in summer to winter in -18C temperatures in his Tesla Model 3 and experienced 18% range drop.

Also, don’t forget that ICE vehicles also lose efficiency in winter. A US Department of Energy study found that: "Fuel economy tests show that, in city driving, a conventional gasoline car’s gas mileage is roughly 15% lower at -6C (20°F) than it would be at 25C (77°F)."